Just a couple of pictures from last week.

Here in the East of England we have only had the tail end of the freakish high winds, tides and rain that have battered the West coasts of Britain and Ireland. This is one of the storms about to roll over us. The little river in our village is pretty full. 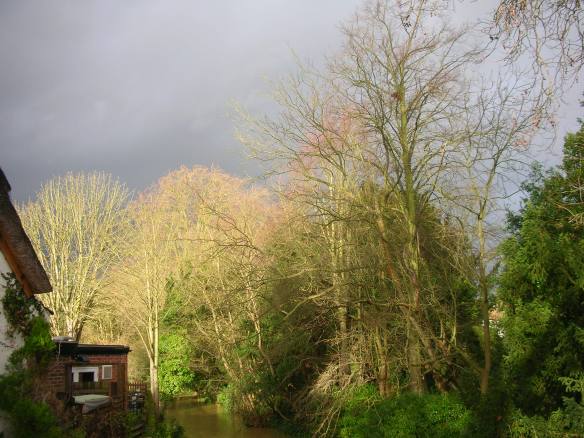 On the other side of the Atlantic, from where these storms are coming, our daughter was stranded by ice and snow for 24 hours in JFK airport.

In our garden we have some Iris stylosa. These charming flowers, which I took from my parent’s garden in Somerset many, many years ago, usually flower in ones, twos or even threes from December through to March. I have never, ever seen so many out at once. 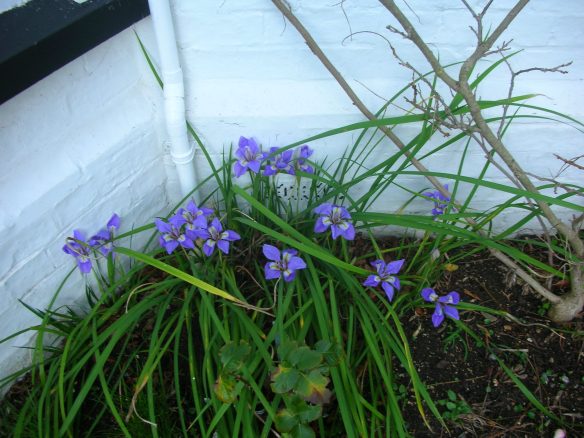 Two days after I took this picture, I was able to cut another half-dozen opening buds and there are many more coming through. Whether this is the outcome of the hot summer or the mild winter is uncertain. Either way our small corner of the world is warmer than it has been so far in my lifetime.