Last Christmas we opened our present from our daughters to find this.

On the back it explained that this was a long weekend (half-board) in Borgo Pignano in Tuscany. I am not about to post my 130 odd photos or describe our holiday, except to say that it was an uplifting experience. The ethos of owners of this beautiful 12th and 18th century cluster of buildings was of local, sustainable, organic living. We were happy, extremely well-fed (garden to table) guests, in the most stunning, spacious and peaceful of surroundings.

Among all the delights the one that enchanted me almost to delirium was the library. Never have I encountered such an eclectic mix of good books in such a wide selection of languages (original and translated) in my life before. I suspect it is unique. 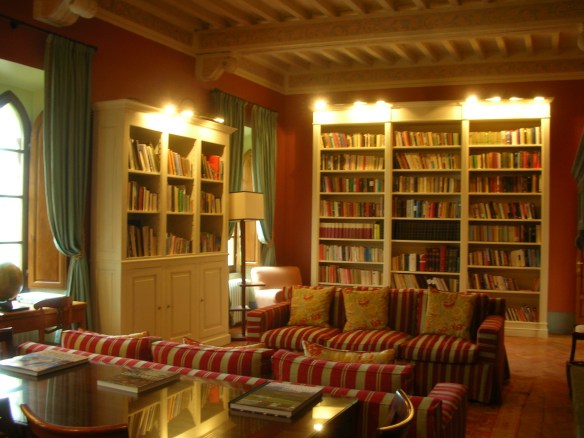 I found little gems, such as a dual language school version of Coleridge’s, The Ancient Mariner. The text includes little resumés of the action written thus: ‘An Ancient Mariner meeteth three Gallants, bidden to a wedding-feast, and detaineth one.’ 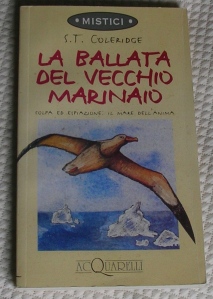 Another cover that caught my fancy was Hawking’s Big Bang in Italian.

Then there was a music book of laments from the Highlands and Lowlands of Scotland.

I have never known such browsing delight, but I’d better stop. Well, maybe the view from our bedroom window first thing in the morning.

35 thoughts on “The books of Borgo Pignano”