Let’s hear it for the publishers Pen & Sword (Military)!

On the 23rd December a downloadable pdf of the 1st proofs of Surviving the Death Railway: A POW’s Memoirs and Letters from Home dropped into my inbox and on the 24th a print-out arrived in the post. This has meant that during the post-Christmas lull I have been able to settle to the task of checking them.

The rather altar-like appearance of my workstation is because I have decamped to the post-Christmas dining room table. The numerous Post-Its don’t represent errors, but queries to myself… there do seem to be rather a lot… hmm. The redacted text is exactly that – a photo of a letter with a couple of lines obliterated by the censor.

Previously, I had a nightmare time with a small Indy publisher (novel one) and two arduous self-publishing experiences (novels two & three). This is my first experience of (niche) mainstream publishing and I’m impressed. Pen & Sword asked for specific reductions, but no radical changes, to the text; they changed the title, but I was encouraged to offer suggestions (not used, but I had my say and a veto); they consulted me about content for biogs and blurbs; they allowed me to influence the cover – their covers are not my kind of artwork, but they listened and had three goes; they showed me samples of text formatting before they went too far and changed the appearance of elements that worried me.

Basically, I have been incorporated into the decision process at each turn and problems have been quickly and straightforwardly sorted. The text – a really tricky combination of letters, memoirs, editorial content and 90 odd in-text illustrations, looks infinitely better that I had dreamt it could. So far so good.

Today we went on a kindling collecting walk across fields to a nearby small village. The sun shone, the air was warm and scraps of dead wood abounded. I have always been curious about this ruin in a field in the middle of the small village. I doubt it was a privy as there is too much window and there are no houses (now) nearby. Any ideas? 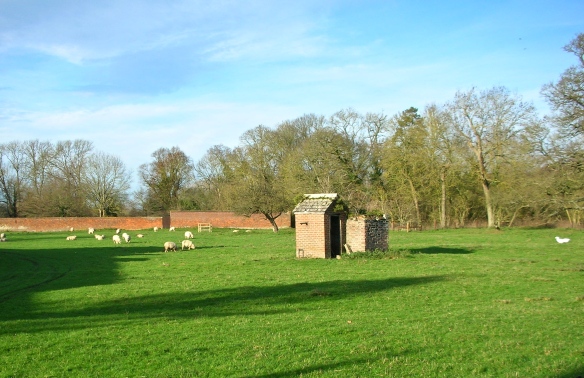 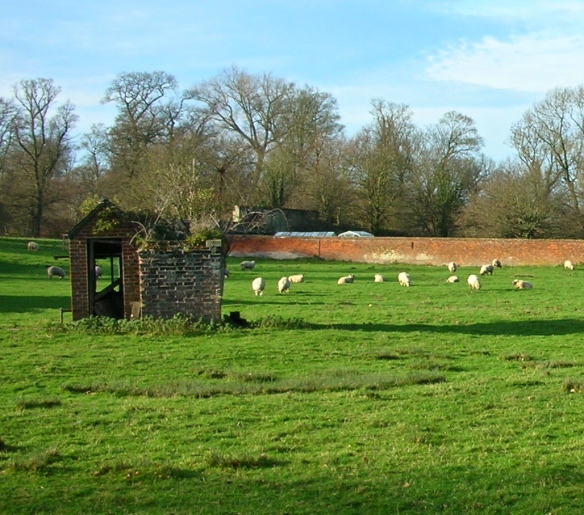 Anyone know what this fungus is? (Andrew can you help?) The nearest on the internet is Black Hoof Fungus, but that doesn’t look right to me. Is it something simple and obvious that has just aged into black? 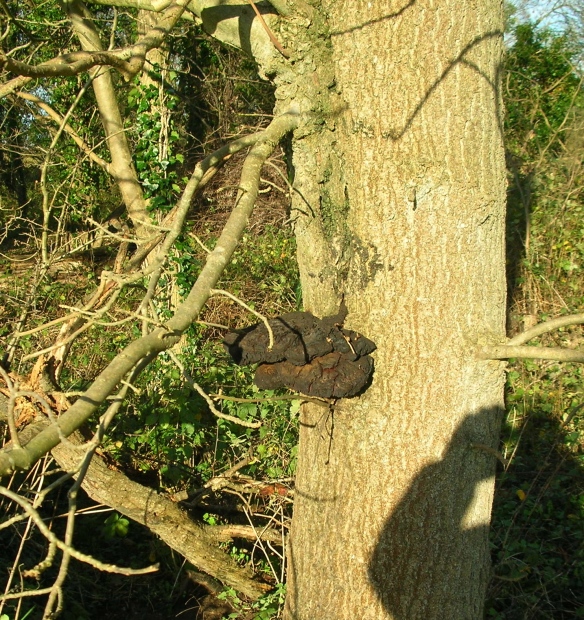 Apologies for the photographer shadow!

Good writing, publishing and walking everyone!