Though it didn’t look very promising at half time. 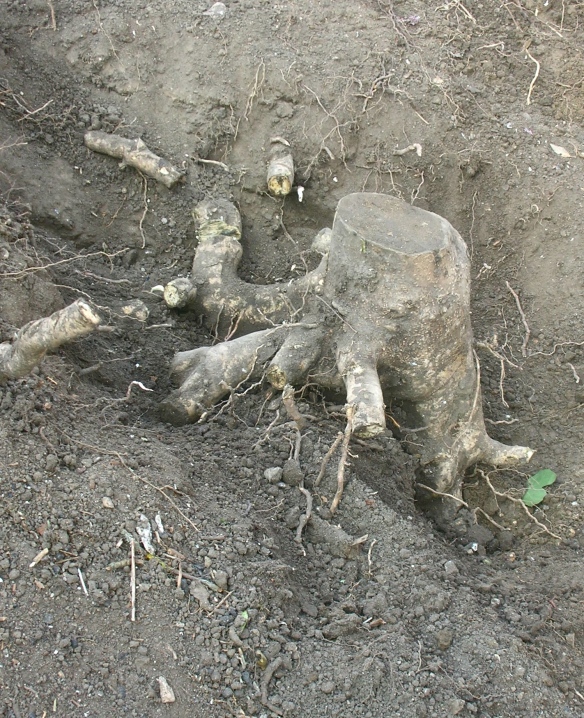 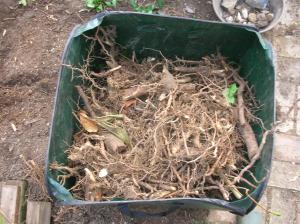 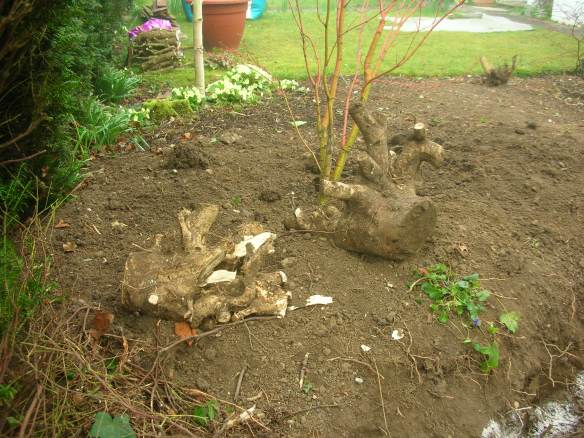 We have been putting up coconut halves full of fat and bugs for the birds. These have been a great success and we have much enjoyed the antics of a pair of long-tailed tits. They are thinking of nesting, but are convinced that our garage houses some rivals, so they spend much time attacking the windows.

However a much more serious threat has appeared. A pair of magpies have been eating from these coconut shells, and even investigating the seed feeders. We have found a simple solution, which might be useful to others. Two hanging baskets joined together make a really good guard. Small birds in, Magpies out. 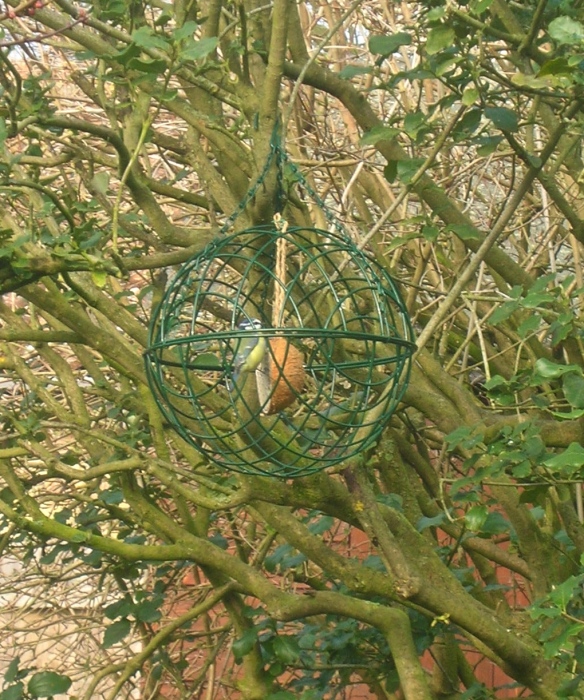 I shall be away from my blog for a few days. I should have put up another POW post, but the garden demands have been non-stop so this will now have to wait until I return. I wish I could leave you with a picture of the miniature cherry or the apricot, but though both have started to flower they are not yet looking their best, so here are the current stars. 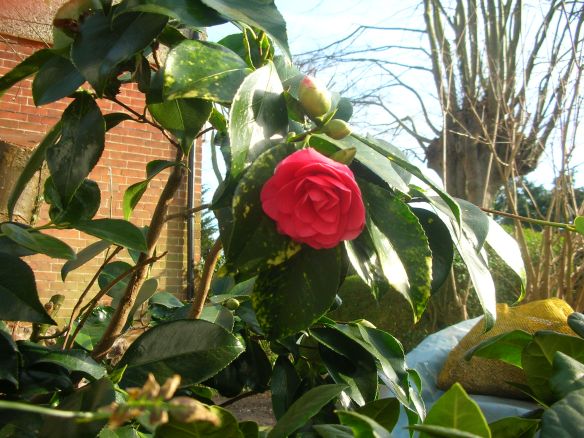 3 thoughts on “Woman versus holly and magpies – two:nil”