I have just finished Jared Diamond’s book, Collapse: How Societies Choose to Fail or Survive. I found it riveting, though being so full of information it is a substantial read. He looks in detail at societies, ancient and modern, that have failed, imploded or are now struggling (e.g. Greenland Norse, Easter Island, Maya, Rwanda, Haiti etc). He analyses the  many factors from natural climate change (cold periods, drought), through human activity (deforestation, poisonous mining outfall) to political (every type). What emerges clearly is that there are nearly always multiple factors at play many of which we can, if we have the foresight, control (population, pollution etc). He also points out that some nations in the past have perceived their problems and acted in time (e.g. Japan two centuries ago and the Dominican Republic more recently to reverse serious deforestation). The chapters on China and Australia are packed with information that was much of it news to me. I should note that Collapse was published in 2005, but the data remains entirely relevant.

This book also showed how people have individually and collectively persuaded those wielding power in politics and business to change and sort out some major problems. The remaining problems are an immediate threat and will affect the next generation. But I have been left with a determination to make changes in my own small corner.

This positive feeling was enhanced by the delightful lecture broadcast on the BBC This World a couple of days ago titled: Don’t Panic – The Truth About Population, given by Professor Hans Rosling (statistician and physician) http://www.bbc.co.uk/programmes/b03h8r1j . With gentle humour he exposed the misapprehensions of the majority of first world people about the life and problems of the third world (we didn’t know that the birth rate in Bangladesh is now under 2.5% and world literacy is now at 80%). There are gigantic challenges, but we are, he claims, doing better than we think.

Those of us who have, must learn to have a little less, share scarce resources and manage those that are remaining a lot better than we have to date. I didn’t mean to sound quite so evangelical. Back to the DIY insulation and put on another jumper. 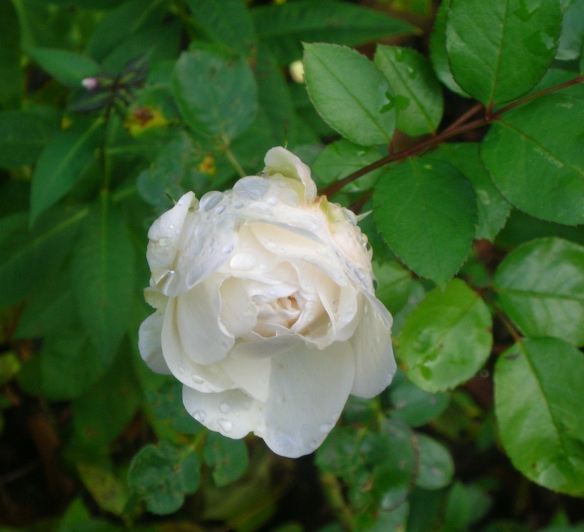