It is some time since I posted about the men I have been writing about who were Far East POWs (and their wives and families). The MS is currently being read by an historian so I planned to take a break. Nevertheless I have been thinking about the men rather a lot. In the past few weeks I have been labouring against the clock to clear the ground for a new fence where mature trees once stood (https://greenwritingroom.com/2014/03/14/). I have also been trying to make a level base for a greenhouse (a task I have never done before).

In the course of these endeavours I have been very tired, very hungry and slightly injured. Then I contracted a feverish cold, and the weather became strangely hot for April. With each of these sensations I couldn’t help remembering the accounts of the extreme versions the prisoners suffered on the railway. I tried to imagine how it would feel to be sicker or to have no rest, or food. As I stamped down the earth on my greenhouse base-to-be, I found myself repeating the phrase my father had remembered from his days when they were building the embankment on which to lay the tracks on the Thailand-Burma Railroad.

At the end of each days work we marched up and down on the newly placed earth stamping it down firmly. I remember the Japanese engineers shouting “Orr men stepping very hardly”. 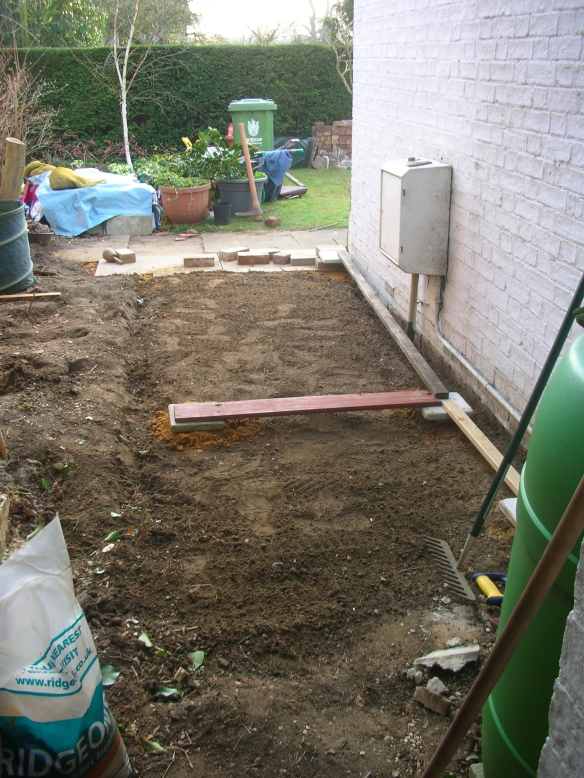 It sounds perverse to say that I also enjoyed myself, I actually like labour, something I suspect I have learnt from my father. Anyway the fence (done by professionals in contrast to my DIY)) is now up.

I can now get on with the rest. There is still rather a lot of earth to move, rather a lot of sand to lay as a base and all that lovely marble (purchased for another purpose several years ago) to go on top. In the meantime I have managed a few hours of editing on the POW MS. The men are not forgotten.