It is some time since I posted about the men I have been writing about who were Far East POWs (and their wives and families). The MS is currently being read by an historian so I planned to take a break. Nevertheless I have been thinking about the men rather a lot. In the past few weeks I have been labouring against the clock to clear the ground for a new fence where mature trees once stood (https://greenwritingroom.com/2014/03/14/). I have also been trying to make a level base for a greenhouse (a task I have never done before). 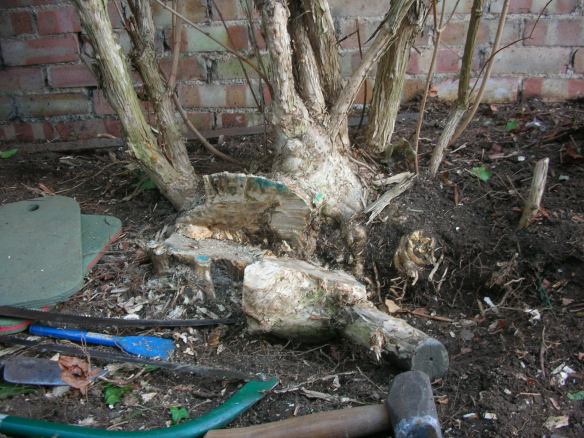 In the course of these endeavours I have been very tired, very hungry and slightly injured. Then I contracted a feverish cold, and the weather became strangely hot for April. With each of these sensations I couldn’t help remembering the accounts of the extreme versions the prisoners suffered on the railway. I tried to imagine how it would feel to be sicker or to have no rest, or food. As I stamped down the earth on my greenhouse base-to-be, I found myself repeating the phrase my father had remembered from his days when they were building the embankment on which to lay the tracks on the Thailand-Burma Railroad.

At the end of each days work we marched up and down on the newly placed earth stamping it down firmly. I remember the Japanese engineers shouting “Orr men stepping very hardly”.

It sounds perverse to say that I also enjoyed myself, I actually like labour, something I suspect I have learnt from my father. Anyway the fence (done by professionals in contrast to my DIY)) is now up. 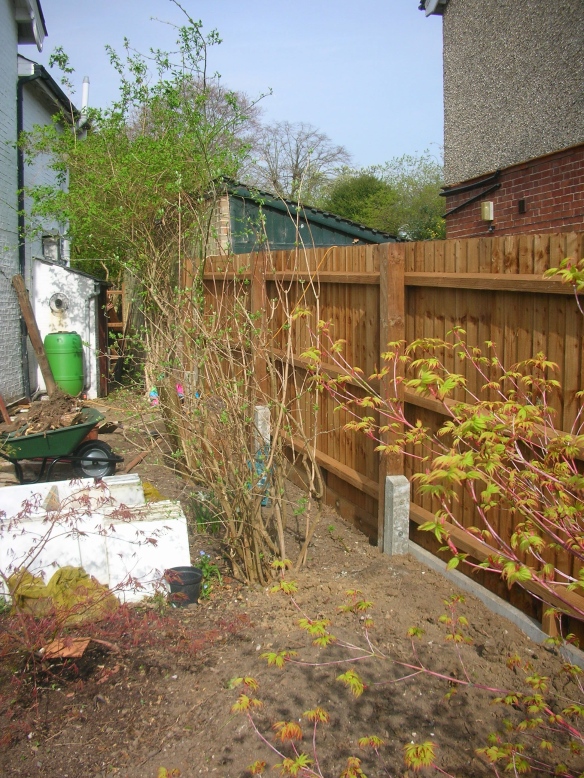 I can now get on with the rest. There is still rather a lot of earth to move, rather a lot of sand to lay as a base and all that lovely marble (purchased for another purpose several years ago) to go on top. In the meantime I have managed a few hours of editing on the POW MS. The men are not forgotten.

You wouldn’t think that the excitement of a new drive was worth waking up at 5.30 am for. Yet, for the last three mornings I have been waking at this hour and been out in the garden working on my bit of path or levelling bricks in the old bit of the drive before the men come to fill in the sand again. I think it is the sense of coming near completion of a project. This is (nearly) the end stage of a very long sequence, of dreams, ideas, design, assessing finance, finding builders, working as they worked (they were very helpful). I don’t think it is that different from writing a book – though rather quicker and a little more under one’s own control in the final stages. When I was working 9 to 5, I used to wake early and write before setting off for work.

They have finished – we have a new drive – but the surrounding chaos is daunting. We will have to barrow large quantities of earth and probably buy some as well. I still have much path work to do, and this includes the path to the front door. We forgot to ask them to move back the wooden half-barrel they had shifted and whose bottom will certainly fall out if we touch it. Still the fun bit is to come, making the surrounding garden beautiful again. 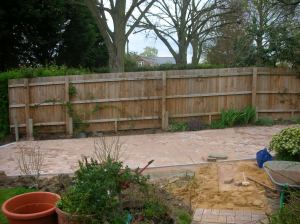 We’re a little concerned about the birds. The noise and movement right near their feeding areas must have been very disruptive. The mad blackbird is unfazed, but I think is short of some (bird) marbles and doesn’t know it is supposed to be wild.

The other day EG was baffled by an advert talking about the number of slices of toast made in a life time or noses wiped or… you get the picture. It made me think of socks. Am I the only woman to have sat down one day and calculated the number of socks I washed as the girls were growing up. Let’s say 4 pairs, 7 days a week, 52 weeks a year for 16 years… = 46,720 individual socks. That is not counting life before children or the 16 years since that calculation (or of course the rest of the garments we all wore in those years). So yes, I understood and felt at one with the woman in the advert – though I have no memory of what they were selling.

Happy moment today – a gift chosen purely by instinct, a garment with a label I had never heard of before – turned out to be a make known and worn by the recipient.

Much brickwork in the garden today, though when the sun vanished all that was left was a biting wind. EG and I started to chisel out the granite setts from the side of our 100-year-old drive. I rather enjoyed having both of us there in goggles bashing away at the old wall. We have relocated the setts. Heaven knows what the original owners of this house needed with the tons of pink granite brought into this garden. This project is definitely in the labour phase, but the delight of seeing a path emerging out of the designs never fails.

One of the concerns I have with this blog is that it will eat writing time, rather than contribute to my writing life. I made an effort today to work on differentiating characters in the much revised draft of my third novel. It has improved immeasurably over the last couple of years – but how long should I engage in this ‘finishing’ process. I was aware of over-familiarity as I worked today and begin to wonder if I shouldn’t just self-publish. This novel, along with the WWII letters & memoir project, has been in the finishing stages for over a year now. When they were both out of my hands on a recce recently I got so excited and involved with my new project, I realised how much I was missing that buzz of pulling in new ideas and images. For a month or so, I was alive with input, sensing music differently processing words differently, now I am back in that other – but equally necessary – ‘finishing’ phase.

Writing, like my earlier careers in sculpture and scientific research, is project work. I like that. I like moving through the phases: creative; engineering; labour; finishing and peer review. Each is good to start and great to finish; none of them are so pleasurable when the record gets stuck in the same groove.

On the other hand, the only qualification that seems essential to getting published is a certain level of bloody-mindedness that refuses to accept defeat. I’m not suggesting that you don’t have to learn to write as well as possible first, but it is clear that being able to write is not, by itself, going to get you to publication. I have an instinct not to start a new project until the previous one is wrapped up, so I have at the very least to get the fiction  – Border Line – launched before I can enjoy the playtime of my next project.

Hmm, this morning I was reading this book about a year in music (1853), Berlioz, Liszt, Schumann, Brahms, Wagner etc all composers still famous today, battling away with daily life, but alongside them many others equally, or more, famous in their day and known only to specialists now. There are others too, some perhaps with as much potential, getting nowhere. They are all earning a living conducting, playing, writing or something else – but not composing. No one has it easy and luck and bloody-mindedness strike me as on at least an equal footing with talent.

This is a dull post, but I planned to think aloud – so there we go. And thinking aloud, I am sad about the choice of new pope. Not that I have any feeling about the church as such, and he seems a generally pleasant guy, but he is clearly not going to release the stranglehold the Catholic church holds over women and men’s health. I had a passing hope that an enlightened pope would allow contraception to his followers. I suppose it was naive to expect that they would think about the fate of the world and the living.