A couple of years or so ago the plant in the corner outside our kitchen window died. The area was mostly shady and tended to get dripped on from the gutter above, so to fill it quickly we bought a healthy-looking hosta. It grew and grew and we kept moving it further out from the corner. By July last year this host was taking over and almost meeting a nearby rhododendron.

So in January we moved the rhododendron and paved a whole new section (https://greenwritingroom.com/2014/02/26/the-garden-moves/). Meanwhile the tub looked all small and innocent.

Then a few cracks appeared on the surface and great spikes broke through. After a week or so we had this. 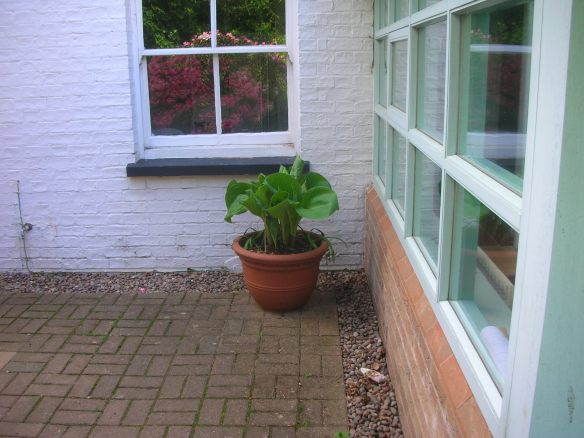 I thought we had been exaggerating the space it needed. Then it expanded a bit. 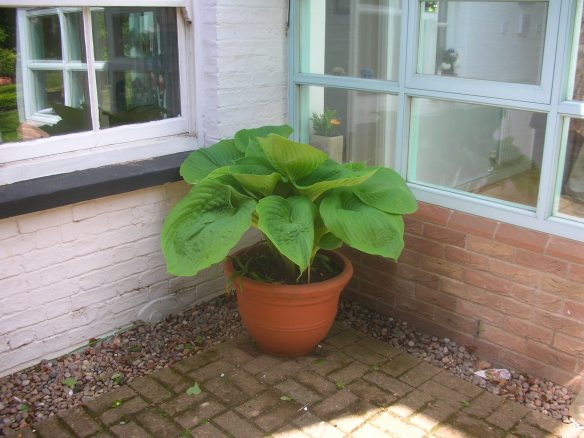 And a bit more.

I began to move the tub out a little further each day. 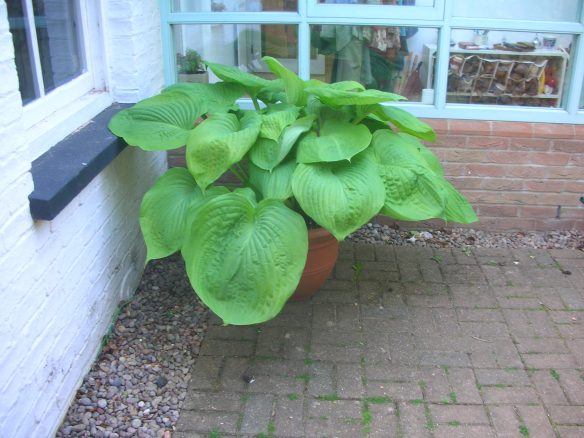 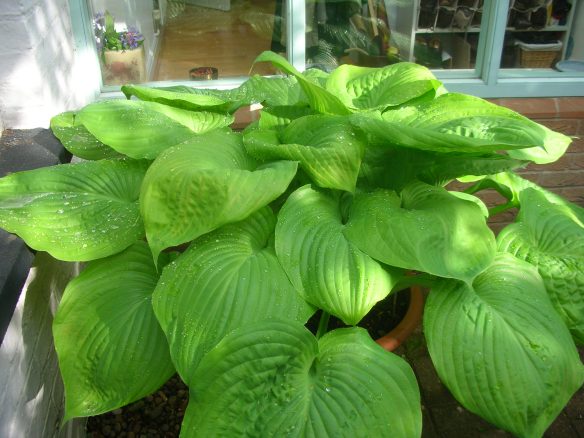 We may have to move out of the kitchen next; it is certainly planning to move in through the window.