This was going to be a boring post about TAX and ebooks, but I’ll save that until I have made a call to the US tax authorities.

In April I was putting up photos of my wonderful new greenhouse. Soon after this I started planting seeds like fury. I decided to try and use up all my old seeds (some very ancient indeed). After an anxious week or so a few little seedlings made an appearance in a couple of trays, but I didn’t really know when to take the lids of the propagators and one lot damped off. The others died on the very hot day we went into town forgetting to open the greenhouse ventilators. Absolutely nothing appeared in the other trays.

I tried again with fresher seed but had similar results. So my total greenhouse haul this year so far is four weeds, 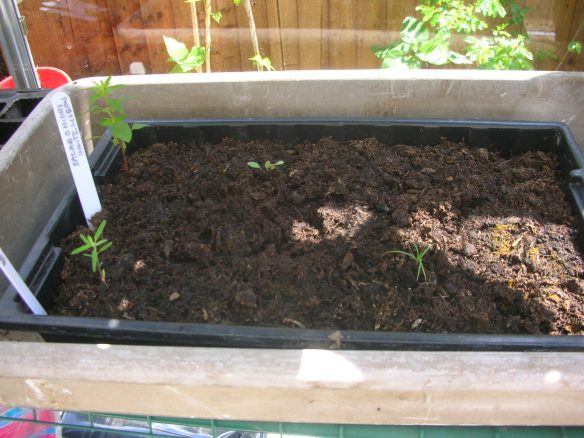 the sweet pepper a friend gave me,

and behind that one of the two tomatoes I managed to grow, 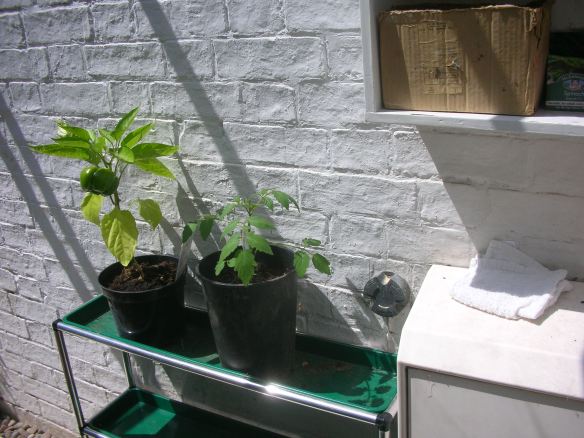 the other is in the vegetable patch. I did manage to grow a pot full of purple sprouting broccoli and that is in the veg bed along with some direct sown leeks, carrots etc, but still, it’s embarrassing.

The good thing about gardens is that there is always another season and something else to admire. I rather like this last glimpse of the sun.

The lilies are trying to make up for other failures,

and the giant host is flowering madly.

Thrilling post about tax coming in the next few days.